What is Software as a Service (SaaS) and Why Should I Care?

One of my favorite things to do with this blog is to demystify geek speak and right now, SaaS is among the most confusing aspects of this lingo.  In ancient times (about fifteen years ago), when you wanted a piece of software, you went to your local technology retailer (I remember Comp USA, do you?) and bought a box that contained a CD or two and a manual.  You took it home, put the disk in the cup holder (CD-ROM Drive) and spent the next hour or so installing the software.  Every few years, you repeated the process as new versions of the software were published.  If you were satisfied with the old version, you might even skip the upgrade process altogether.

Over the past few years, several advances have come together to force this model into obsolescence.  Widely available broadband internet allows us to quickly download ever larger files thus eliminating the need for a disk (most laptops today skip the DVD player) and boxed packaging.  The rapid development of new powerful software tools has made the update cycle much shorter.  Tablet computing and Chromebooks have eliminated the need to even download software (software and processing resides in the cloud rather than on your local computer).  Software piracy has forced developers to find better ways to protect their products.  Finally, cross platform computing (you can edit that Word document on your tablet, phone, laptop or desktop, whichever is most convenient at that moment) has become the standard.

Using the most popular example, Microsoft has a SaaS product known as Office 365 (in fact, it’s now Microsoft’s premier product).  For a small businesses, Microsoft offers Office 365 for $8.25/month per user (about $100/year).  For this price, you receive Outlook, Word, Excel, PowerPoint, Access and OneDrive.   For another $50/year, you can get the complete Office suite including email hosting (Exchange), Sharepoint, Teams, etc. Alternatively, you can buy the software outright (Office 2019) for about $350 per computer (note that this only includes Word, Excel, Powerpoint and Outlook).  Even a back of the napkin calculation shows the value proposition of the SaaS version.

SaaS can also provide you with access to what were prohibitively expensive programs at a reasonable price point.  By way of example, for about $600/year, you can subscribe to Adobe’s Creative Cloud SaaS.   While this appears to be a major investment, for ‘creative’ businesses such as marketing, graphic design, etc., it’s a great deal.  You get access to Acrobat, Photoshop, Lightroom, Illustrator, Dreamweaver, Premiere Pro, and about seven zillion other applications including easy to use ‘light’ versions such as Photoshop Elements.  Note that you can also subscribe to individual programs for a lower price but the real value proposition is in the full Creative Cloud.  When you could buy those programs (rather than subscribe) they would have cost well over $2,500.

So, what’s the catch?  First, if you do not need the latest and greatest version of the software and your upgrade cycle is longer than about three years, the value proposition is weaker.  However, waiting longer than three years to upgrade software can have downsides such as the loss of developer support and, in some instances, a lack of security patches.  Second, once you’re on an SaaS plan, you’re at the publisher’s mercy with regard to future pricing.  If a publisher offers a multi-year plan at a discount, that’s your best protection against unreasonable annual price increases.  Third, certain publishers do not include key features in their SaaS offerings.  The most glaring example is Quickbooks’ lack of memorized transactions in their SaaS version (I’ll never understand this one).  In addition to the foregoing, less scrupulous publishers have no difficulty charging you for your subscription every month but make little effort to continuously improve their program (are you listening Intuit?).  Other smaller developers simply go out of business in which case you’re simply out of luck.

Regardless of your preference, SaaS is the dominant business model for nearly all major software publishers.  Adobe has gone completely in this direction and trying to find out how to buy the non-subscription version of Microsoft Office searching for an honest politician (you know they’re out there … somewhere … maybe).  Intuit is aggressively pushing its SaaS products over their boxed cousins.  So, don’t be surprised the next time you go to purchase software and the only option is a monthly or annual subscription. 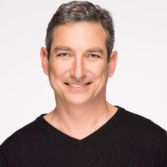